You guyyysssssss, I’m hyperventilating in the best possible way! 😀

You know what that means don’t you???

I had so much fun taking pictures for this, in the same week I bought these amazing books I also found this beautiful bird cage lamp! I love the way it refracts the lights making patterns on the ceiling and table, it was awesome experimenting with the photos and the text for the header too.

This holiday I have been volunteering at a second hand book shop once a week. I absolutely love it and the only thing that could improve it would be actually getting paid. 😛 It never feels like hard work, the people are lovely and I love the atmosphere of constantly being surrounded by books of all shapes and sizes. Getting to be there when new donations come in you can discover some real hidden gems, a few surprises and a couple of cobwebby dead spiders or two!
When I headed in last week it was like the stars aligned especially for me so that I could collide with some of the best donations possible. 😀 Every so often the shop gets given brand new novels by teen magazines. These books were originally review copies but the ones they don’t want get passed on to us brand new and unread, some we even acquire before the publication date!
So when I arrived bright and early to find nearly a dozen boxes of crisp new releases I honestly couldn’t believe my luck. I soon had a little stack ready to come home with me, most of which were just over £2, can you say bargain?!? 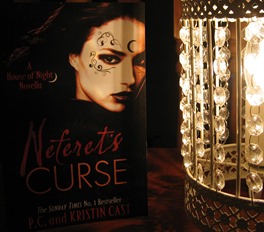 This first book I got was a short novella  part of The House of Night series by P.C. and Kristin Cast. I started the series years ago when I was just getting into the paranormal romance genre. It’s about a vampire boarding school of sorts where vampirism is almost treated as a disease, the tell tale sign being a crescent moon tattoo on the forehead. It takes a long period of time to become a fully fledged vampire, and some die in the process because their bodies are not strong enough. Those that survive the change get their own intricate unique facial tattoo, which is kind of cool! Unfortunately the series has gone down hill, which is a shame because it has a great concept, but I’m still determined to finish it! I’ll be talking more about this series in the 30 Day Book Challenge. 🙂

A Really Awesome Mess by Trish Cook and Brendan Halpin is another brand new release from late July. It revolves around two ‘screwed up’ teens with various issues that get them sent to a reform school. I adore reading about heavily flawed characters that I can really get into the psychology of. I like discovering others life changing ups and downs, their personal hang-ups and how they cope with them. Our flaws make us human and I appreciate any books that choose to highlight this. There’s also something about the cover that intrigues me, I always steer towards that cheery yellow and I like that the cover’s a bit of an enigma! 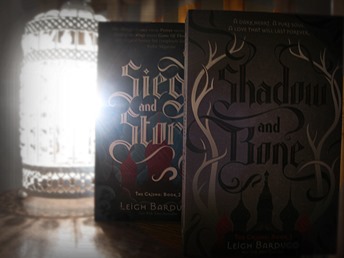 Now, this mysterious The Grisha series by Leigh Bardugo keeps popping up everywhere on my WordPress reader, the first book being Shadow and Bone, the second Siege and Storm. I haven’t seen any negative review yet so I’m hoping for good things from this series! Considering I have read several reviews I still don’t have much of a clue what the story is about, I know it’s fantasy, romance (possibly dystopia too?) with some Russian elements added in, but that’s about it. I can’t wait to find out more, the covers are so inviting and classy, fun stuff!

The book I am most excited about though is dun dun na naaaaaaaaaaa! *Looks down.* 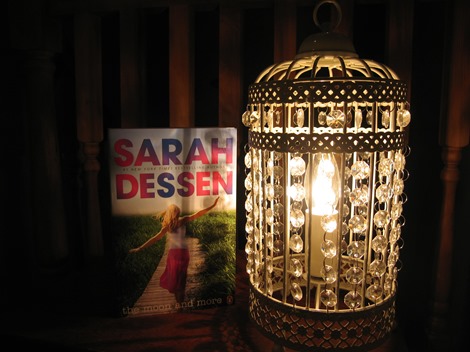 Sarah Dessen’s new highly anticipated book, The Moon and More! It’s release in early June was hyped up with endless ads on Goodreads with a lot of squealing and fist pumping from her fans. It’s only in the past three years that I’ve jumped onto the Dessen bandwagon, so I wasn’t quite as desperate for a new novel as I still have plenty of her books to read. Even so, I still couldn’t help getting swept up in the fun. It led to me picking up one of her older books Just Listen which I felt very passionate about! Since then I have decided that everyone could use a little Sarah Dessen in their life. 🙂 The Moon and More is supposed to focus on a protagonist reassessing her life before she goes away to collage, including her long term relationship. This is an issue I’ve seen quite a lot lately so I’m curious to see how the author will handle it. I can’t wait!

A couple of days later I also came home to a mysterious package addressed to me. It turned out to be my readathon prize I won back in April, whooopiee! Many thanks to the lovely blogger Nolatari for donating her cheering prize to me, I could believe my luck. 😀 A further shout out and thanks to Cabbitcorner who sent me the books, and of course, all the readathoners for creating such a fantastic event!
Originally I never intended to read The Mortal Instruments series, nothing overly stood out or spoke to me including the blurbs and the covers, but everywhere I go now there seems to be intense Cassandra Clare love, you can’t get away from it! So when I saw the opportunity to get the books for free I grabbed them, I ‘m really hoping I will like them. 🙂 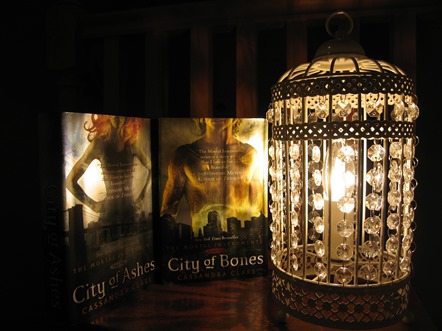 So it looks like it’s invasion of the Young Adult this week! I do like other genre’s, promise. 😛 Have you had any impulse purchases recently, do you plan on reading/have read any of these books? How has your summer reading been going?!? 🙂

Image Sources:
My own, please do not reuse.

27 thoughts on “Book Haul: Invasion of the YA”