New Years is one of my favourite holidays. Cynics will knock it and pragmatic people will state that everything doesn’t just start again with the beginning of a New Year, but for me it often does. Sure, things don’t magically transform, only you can choose to make things different and even that doesn’t happen in the flash of an eye. But for me, New Year is a great celebration. It’s a time where we can be thankful that we actually made it to the end of the year through all of the stress and tribulations and hopefully have become a lot stronger because of it! I think 2013 was a pretty good. I passed my first year of University, went on holiday to Edinburgh without any major catastrophes and attended my first author signing. Sure there were some sucky times too, there always are, but I am happy to say that the good outweighed the bad this year!
2013 was also a great year for books and blogging by my standards. I sped my way through 31 books and 10617 pages, a massive total for a slow reader like me (last year 2012 I read only 22 books). And of those books I gave six five star ratings! That’s almost unheard of for me, I don’t give out those five stars lightly. In terms of blogging achievements, I managed to bash out 113 posts on my keyboard, completed the 30 Day Blog Challenge and took part in my first ever 24 Hour Readathon as a reader, which was a truly amazing experience. 😀 My blog visitors came from 128 different countries and the majority were from The United States, the UK and Canada.

To make this New Year post just a little bit different I thought I would give some of the books from this year awards, instead of just listing my top three.

So, without further ado!

The It’s so Bad it’s Good Award: Hush Hush by Becca Fitzpatrick – This was one book I shouldn’t have reread and resulted in some serious reader angst. Yet, for all my anger and frustration with it I somehow enjoyed it on a weird masochist level. It was definitely a serious case of it’s so bad it’s good. I would have to stop every now and again just to laugh at what I was reading. Writing the review for it was a blast, not only was it quite therapeutic but it also allowed me to put my sarcasm in full swing!

The Book I Would Most Like to Have a Guest Lecture On:
On Writing by Stephen King – This book was a suggestion from the Creative and Professional Writing course I took along with Psychology in the my first year, it blew me away. I would really love to prod Stephen King’s mind and I am adamant he would make the perfect guest lecturer. He knows his stuff, something that I didn’t give him credit for before reading this book! 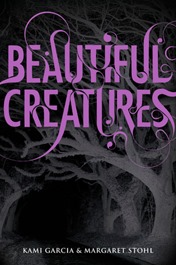 The Best Imagery Award: Beautiful Creatures (The Caster Chronicles series) – While this series does have a few issues, I cannot fault the beautiful gothic imagery used in each installment. It makes what could have been a very average middle of the road YA book into an incredibly memorable read. Even though I gave the first two books in this series three stars I am still as enthusiastic about this series as I was the day I finished reading it. I can’t think of another book from this year that is more deserving of the best imagery award! 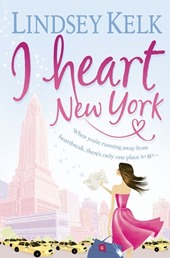 The Smile from Ear to Ear Award: The I Heart Series by Lindsey Kelk – These are the best feel good books I have read in a long time! With every single installment I found myself laughing out loud, grinning uncontrollably and just having some good old-fashioned entertainment. The plot wasn’t too involved or in-depth but the writing was brilliant. It remains the best chick lit I have ever read.

The Best Classic Award: Great Expectations – No one was more surprised by my love of this book than me. I still cannot believe I enjoyed a Dickens novel after my traumatic experience with Oliver Twist. I fell in love with all of the characters and this book is my favourite classic of 2013 by far, the others weren’t even in the same league!

Roth – I have yet to review this book, but I finished it a few weeks ago and could not put it down! I had a lot of preconceptions about Divergent and had almost convinced myself I wasn’t going to like it before I had read a page. So how surprised was I to find myself racing through it and completing it in two weeks, even taking into consideration that it was the exam period and I was desperately cramming. When I reached the half way point I went online to order the second book because I knew I would want to read this straight away. Look out for my review coming soon to a blog near you. 🙂

So now that’s the book highlights over and done with, onto the resolutions!

I succeeded at two resolutions I made for 2013, to read more classics (I read five) and to pass my first year of university. I made a good effort at the third to read six books off the Rory Gilmore Challenge. I managed three so I was half way there! I completely failed the last two however, to keep my tbr pile down (Really, is anyone surprised by this one?) and write a diary again (turns out when you have a roommate it’s not easy to write your private thoughts well, er, privately).

New Year has come round speedily so I haven’t had much time to think about my resolutions, but here’s a few I’ve managed to pull together:

Personal Resolutions:
1.) To cut down my use of the words ‘really’, ‘very’, ‘definitely’, ‘just’ and ‘however’ when I write. Some of these are overused when I write essays, others when I ramble on my blog posts. They’re silly, petty non words that somehow always manage to sneak into my writing, and I know it is not better of because of them. I have been trying cut down for the last month or so and have already seen some positive effects. So this seems like a good resolution for 2014!
2.) To not get stressed out as much. I know this is not a measurable goal as such but it’s something I would like to achieve. University has a tendency to send my stress levels into overdrive and sometimes I need to let things go because they aren’t worth it.
3.) To say ‘yes’ to more things (within reason). This resolution came about partly because I have a tendency to hide in my anxiety cave where it’s safe, instead of going out and giving things a chance, and also because I came across this brilliant (and now pretty famous) Youtube video. This has made me determined to try out more new things that I wouldn’t normally attempt. Again I began to put this in to practice at the end of this year, but also want to make it a top priority for 2014!

Book Resolutions:
1.) To finish off some of the book series I have started. One of my biggest and perhaps oddest reader habits is that I don’t like to read book trilogies or series one after the other. I like to have a break before going back to them, unless they are particularly gripping. The problem with this is of course that I forget to go back to them. I find a shiny new series I want to read and then proceed to leave that in the lurch too! I worked out that I currently have at least fourteen series on the go. THAT IS RIDICULOUS PEOPLE. Finishing series’ and tying up loose ends is a priority this year.
2.) To continue reading classics. I am enjoying and finding my exploration of the classics fascinating, they have so much depth, and even if I don’t necessarily like the book I am still awed by the power of their words.
3.) To continue working on The Rory Gilmore Challenge. Instead this year I am going to set myself the goal of reading four books off the challenge as many of the books are classics which I will not feel like reading during semesters. Hopefully I can reach this goal this time. 🙂
4.) To try to let books go that I am not enjoying. This is a tricky one, and I’m hoping I won’t have to implement it at all! I don’t want to discover more books and series that I dislike. However, while I am at university I have barely any time to read, so I don’t want to spend that time on books that don’t grab me. I’m not sure the perfectionist in me will have an easy time with this one though!
5.) To read the books I want to read. This may sound like an odd one, but I have noticed lately I have a tendency to put off reading the books I most want to read. This is partly because I feel the need to get rid of the books I am less likely to enjoy, partly because I read the books I feel obliged to read and also because I worry that the books I have been lusting over will not live up to my expectations. I am going to try and break this habit in 2014!

Okay so confession time, I wrote this post in a complete rush with a little help from my buddy Mr Cider, so I apologize if there is any awful glaring typos or awkward phrasing. I hope you all have a wonderful New Year bloggers and a great 2014!!!! ❤
I will leave you with this brilliant quote I came across the other day:

‘May your coming year be filled with magic and dreams and good madness. I hope you read some fine books and kiss someone who thinks you’re wonderful, and don’t forget to make some art – write or draw or build or sing or live as only you can.
And I hope, somewhere in the next year, you surprise yourself.’