Overall Impression: A unique and powerful book unlike any other I have read. It’s raw, emotional and haunting. 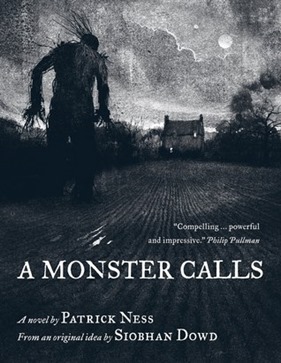 A Monster Calls is a book that has received multiple awards. It’s one of those that is praised everywhere and I have yet to read a single negative review of it. This initially made me petrified to pick it up because I was worried it couldn’t possibly live up to my preconceived expectations. But it turns out I didn’t need to worry because this book was phenomenal.
I was told it was dark.
I was told there would be a sad young boy.
I was told there would be tears.
But none of this prepared me for the sledgehammer of emotions I was hit with as I made my way through its gorgeous illustrated pages.

The monster showed up after midnight. As they do.
But it isn’t the monster Conor’s been expecting. He’s been expecting the one from his nightmare, the one he’s had nearly every night since his mother started her treatments, the one with the darkness and the wind and the screaming…
This monster is something different, though. Something ancient, something wild. And it wants the most dangerous thing of all from Conor.
It wants the truth.

I want to preface this review by saying that I feel like it’s impossible I will be able to do this book justice, so much of the magic in this story lies in reading it, experiencing and uncovering its truths for yourself. But, as always, I will do my best (and waffle on for far too long)!

So, the first thing worth knowing about this novel is that Patrick Ness is a magnificent writer. He uses the writing technique that I adore most if it’s done correctly, the regular use of short sentences that say little but carry tremendous weight. If you’re not sure what I mean by this you can see its use in the blurb, and how that final line about wanting the truth feels so compelling and dramatic as you read it. This style is used throughout, which had me drooling at Ness’s ability to bend words to his will in such an effective way. He engaged my attention from page one and it wasn’t long before he had me marveling at the beauty of words. The best thing of all, perhaps, is that Ness has managed to create a book that transcends genre boundaries and cannot be put into a box. His story is both contemporary and fantasy and could possibly be labeled magical realism, but it also has an undeniable dark fairytale feel that has the potential to be as memorable as any written by the Brothers Grimm or Hans Christian Andersen. 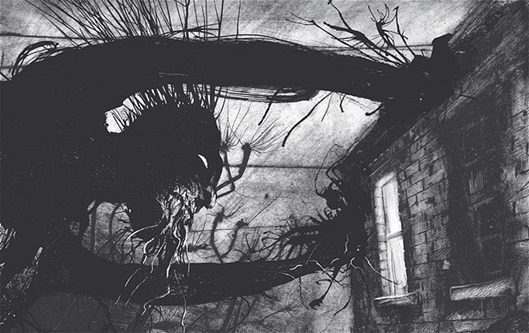 A Monster Calls tells the story of a 13 year old boy who has been suffering from a reoccurring nightmare. So when a tree-like monster approaches Conor’s window he assumes it is another of his dreams, except, when he wakes up he finds leaves all over his bedroom floor. The Monster claims that it was summoned and says it will tell Conor three stories. What he doesn’t realise, is that the monster is there to help him come to terms with what he has known all along, but has shoved so deeply into the depths of his mind that it only surfaces occasionally in bouts of anger and destruction. His mother is sick, and she is not getting better.

Ultimately, this is a book about grief – coming to terms with everything you have ever known and always thought you could rely on falling to pieces around you, learning that it’s okay to let go, to feel hopeless, or to just want something to be over because the fear and dread of waiting for it is an unbearable weight to carry. It’s heartbreaking. I found myself regularly misting up as the book progressed, and by the end I was full on ugly crying and my heart felt like it physically hurt with the unfairness of the world. This is a book that will make you want to hug your friends and family and stop to appreciate the life you have a little bit more. Ness teaches us that the most terrifying monster of all is real life, because it’s something that does not go away. It cannot be stopped or denied, and you can’t wake up at the end to realise it was all a dream. Yet, at the same time, A Monster Calls is a healing book that shows there is light even in darkness. 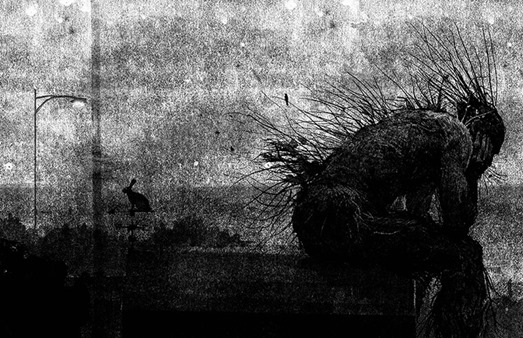 Conor the protagonist was great to read about. You don’t get to learn much about him because his situation is all encompassing leaving little thought for much else, but you do get to find out a lot through his reactions to ongoing events. I loved that he was such a conflicted character with so many thoughts and emotions he didn’t want to address. I wanted to scream at the characters as they tiptoed around him throwing sympathetic glances and special treatment his way, to the point where his behaviour continued to escalate because he wanted to be punished, not only to feel normal but as penance for his inner thoughts. I loved that the book explored how Conor’s relationships with friends and peers shifted as well. While secondary characters have little page time in this novel, they all made an impression on me, Conor’s dad and his inability to step up, Conor’s mum and her desperate hope, and finally Conor’s unapproachable gran, the only one willing to face the truth. 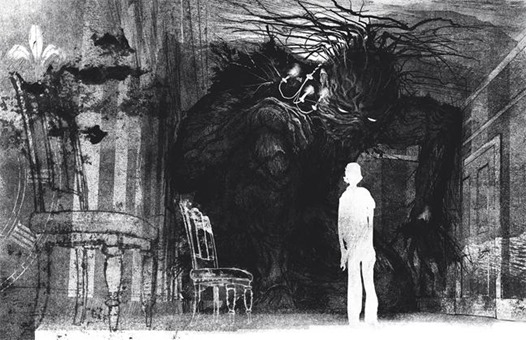 Overall, despite its whimsical imagery and fantasy elements, A Monster Calls is a beautiful, utterly unique novel about the harsh realities of life, coming to terms with grief and accepting your emotions. It’s full of self-destructive but also healing emotions that anyone who has experienced loss will relate to. To those considering picking up this book, I would recommend you go for the illustrated version which is full of dramatic black and white moody imagery (such as the ones scattered throughout this post) which adds a whole other dimension to the book, enhancing the reading experience! (The cover with flowers on doesn’t have the illustrations.) This is a children’s book, but it doesn’t feel like one with its universal heavy topics. Therefore, I would recommend A Monster Calls to anyone and everyone!