I’d like to thank my mum, my dad, my boyfriend, the book community, and that guy I saw in Tesco’s that one time who gave up the last reduced pastry…

Haha no. But seriously, when I saw an invitation come into my inbox for Walker’s YA Wonderland, a festive evening of books, bubble, and bites to showcase their upcoming titles for 2019 presented by some of the authors themselves, it was like a golden ray of sunshine appeared and angels started singing.

I RSVP’d within about a minute of the invitation coming through without checking any of the details because come hell or high water, I WAS GETTING THERE.

This is, without a doubt, one of the best blogging moments I’ve had since I started this thing. I’ve seen plenty of bloggers invited to publisher events over the years, but I never thought I would be one of them and I feel so incredibly privileged to have been offered the opportunity.

So, here’s you’re sneak peek into Walker Books and their upcoming releases (because I couldn’t go to a book event without sharing it with you guys, could I?!?) 😀

I would like to preface this post by saying despite 100% wanting to go to this event, I was absolutely petrified.

I am basically a social anxiety duckling and things I particularly struggle with are:

As I stood outside of Walker Books I could feel my heart racing, the blood rushing in my ears and my legs trembling. THE URGE TO FLEE WAS STRONG. Somehow, though, I still managed to pass over the threshold and walk through the door into a small room of bloggers, professionals, and authors milling around.

When I arrived, everyone appeared to already be in quite tight-knit groups, and it was clear that a lot of people already knew each other (either professionally or from past events). This was somewhat intimidating and I spent the first 5 minutes awkwardly hanging at the pretty snack table, looking for a way into a conversation (I know, you can practically hear the violins). 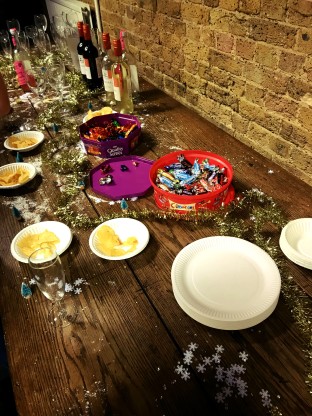 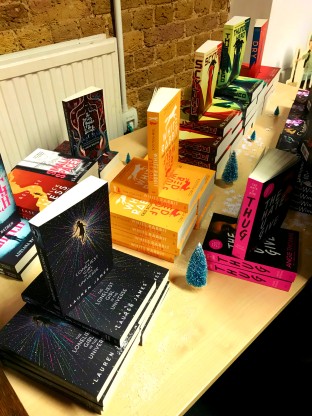 Eventually, after summoning all my courage, I got chatting to some new arrivals which included the lovely Kelly from Coffeestarsbooks. I then became part of a group of people chatting with Lauren James (The Next Together, The Lonliest Girl in the Universe), which included the super friendly Daphne who owns illumicrate! We chatted about a variety of things, including where we thought YA would be in 10 years. I said that I would like to see YA being split more between Young Adult and New Adult, to make sure readers young and old feel their voices are being heard. Lauren James was SO friendly and down to earth for an author, and she made me feel super relaxed and comfortable!

After bubbly and snacks, we drifted into a room with a projector and chairs for the main event!

Look, that’s my blonde head in the middle! Undeniable proof that I was there, folks! *Photo credit to Walker Books team*

A number of different people from the Walker team discussed some of their 2019 titles where unfortunately the authors weren’t able to attend. These included Cassandra Clare’s new short story collection, Ghosts of the Shadow Market, a social justice novel about a daughter looking to clear her father’s name, Nothing but the Truth (we were also all given a proof of this which I can’t wait to read!), and finally, we received a video message and awesome rap from Angie Thomas (The Hate U Give) about her new novel, On the Come Up which follows a girl rapper trying to make it when her safety net is pulled out from under her.

Then, it was on to the authors talking about their own books! 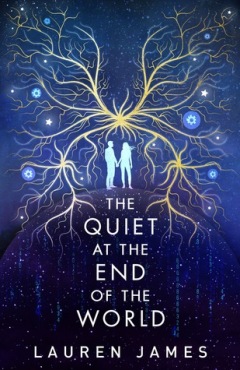 Lauren gave us a short lesson in evolution and explained that she studied chemistry and physics at university which inspires the science fiction novels she writes. Her recent novel came from the idea that eventually the human race will die out and someone will be the last person to be born on earth. Lauren wondered what that would feel like and was fascinated by the concept, which led to her new novel, The Quiet at the End of the World, following the two last teenagers to be born on Earth.

I’ve never read one of Lauren’s novel although I remember her debut being very popular. After seeing her talk and her wide scope of knowledge, I can’t wait to pick up her 2019 release!

Zoe (The Moonlit Lands, Ruan) explained to us how she got the idea for her new 2019 novel, The Hand, the Eye & the Heart, which is being pitched as a trans inspired Mulan retelling. She was watching the Disney movie of Mulan and when listening to the song ‘Reflection’ was hit with a wave of clarity that Mulan should be transgender! At this point, she took to the internet to discuss her idea and was encouraged to write it. Zoe advised that this is the most heavily researched book she has taken on to date, and she looked into not only Chinese culture but all the different legends and interpretations of Mulan as well. Zoe is now excited to bring a gender fluid protagonist to the table (despite some hate mail and death threats – I know, people are terrible!).

Zoe read the first few pages of her novel and it was fantastic! She then revealed the absolutely gorgeous cover!!! This book has definitely shot to the top of my most anticipated reads for 2019 list. 😀

Shusterman (Unwind, Scyth, Challenger Deep) was at Walker to promote the conclusion to the Arc of Scyth Trilogy. He admitted that he hadn’t finished it yet, but that it’s planned to release in September 2019! It was difficult for him to discuss the book as there were people in the room who hadn’t read Thunderhead, but he gave us a few clues and hinted that there was a method to Scythe Goddard’s madness that people may not have spotted yet (in relation to his namesake)! Shusterman explained that he created the Scythe trilogy because he was fed up with dystopia, so he started to think about a world gone right – when war and disease was no longer an issue. This was how he came up with the Scythes, which he said were partly based on his love of Jedi’s!

He also mentioned the recent release that he co-wrote with his son, Dry, about what happens when water runs out. Later, when Neal was signing my book I asked him how the co-writing worked. He said rather than doing chapters each, they would both sit down and discuss the next section, and then the person who felt most passionate about the scene would give writing it a go – I’m very interested to see how this works when I read Dry! 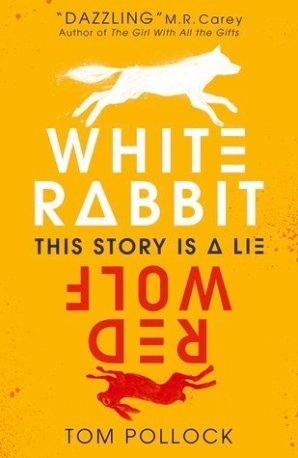 Last but not least, we heard from Tom (White Rabbit Red Wolf, The Skyscraper Throne). He spoke to us about social media, fandoms, fame gone wrong, and One Direction! He advised us that his new 2019 novel, Heartstream is based in the near distant future where social media has come on leaps and bounds, and people can now transmit their actual feelings from their brain onto the internet so you can get people’s live emotional reactions. His story follows someone who uses this technique but things start to go wrong and the influencers fans get out of control. I’m really intrigued by the idea of this one, it sounds very Black Mirror, and apparently, Tom’s books are known for their death, stabiness and mental health rep (the authors own words :’D) so sounds good to me!

So that sums up my Walker Books blogging event experience. I’m so glad I was brave and decided to attend! Before I go, however, I want to share two more things with you:

I hope you enjoyed hearing about the Walker Books event!
Have you ever been to a blogger or bookish event meetup?  Do you get nervous when trying new things?
Have you read any of the above author’s books?
Let me know in the comments!