I was tagged by the wonderful Sprinkles of Dreams to do this tag (if you haven’t been to her blog before, check it out, it’s gorgeous!). I definitely pick and choose which tags I participate in these days, but this one looked like so much fun that I wanted to jump right in!

Rules for the tag: Find a book that contains (either on the cover or in the title) an example for each category. You must have a separate book for all 20, get as creative as you want and do it within five minutes!

Um, yeah. So this definitely didn’t take me 5 minutes…more like an hour. But I had SO much fun matching books up! I really struggled with finding books for a few of the categories so I decided to spread the challenge to both books I have read and books on my wishlist that I’ve have heard good things about. Hopefully, this post may make you want to add a few books to your wishlist too! 🙂 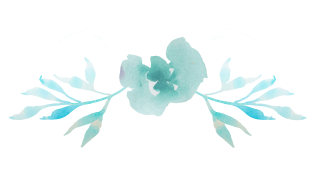 END_OF_DOCUMENT_TOKEN_TO_BE_REPLACED

As bookworms, we often picture what our dream library will look like. Perhaps it will be hidden by a secret door tucked away from the world. Maybe it will have oak beams, spiral staircases, plush chairs, a crackling fire; and you can bet it will have bookshelves reaching to the ceiling with a rickety ladder you can slide up and down all day. But do you know what I hadn’t ever considered? What books would actually be in that collection. The ones I already own, obviously. But if I had the money to create a truly awe inspiring library, surely I would also have the means to acquire some expensive, truly remarkable antique books as well! So when the auction website Invaluable.com contacted me about doing a post on my dream literary collection I thought it was a brilliant idea! Here’s what I came up with.

A 1st edition collection of the Harry Potter series by J.K. Rowling.

END_OF_DOCUMENT_TOKEN_TO_BE_REPLACED

Ohh fellow WordPress friends, I feel like it has been far too long. That may sound strange since I posted a review just the other day and have been managing to keep up with Quoting the Quill but I have been struggling to find the time to fit in blogging…. or socialising….or reading…or sleep.
Anything remotely fun or essential basically.
Although I have churned out a few posts this month, my reviews of Picture Me Gone and The Lovely Bones had actually been sitting around in my draft sections for almost two months! I felt they were in need of a bit of finessing (being a perfectionist and all) and each only needed a mere 20 minutes of my attention to finish them off, yet every time I went to do so I was either too knackered or not in the mood. Consequently it has been a loooooong time since I have had the pleasure of sitting down at my laptop a writing a proper blog post, and I miss it. I guess this post is an attempt to rectify that.

Content Warning: From this point onwards this blog will contain rambling, complaining and a lack of writing quality of any kind as I attempt to update you on the general goings on in my life. If you are of frail disposition when it comes to moan-ey students and bookworms, I suggest you don’t read on. 😉

This month has been an absolute soul sucker,  END_OF_DOCUMENT_TOKEN_TO_BE_REPLACED

Overall Impression: A creepy and action packed escapade with an elusive mystery that will keep you turning the pages!

I was really excited to read Eight Mile Island; the premise sounded intriguing and I don’t read YA novels from a male protagonists point of view as much as I probably should. Well, I’m glad to say that I wasn’t disappointed, this book sure packs a punch with pretty much constant action from start to finish. If you’re looking for a quick read that will immediately grab your attention then this is the book for you!
Eight Mile Island was offered to me in exchange for an author interview, book giveaway and an honest review.

Dylan James is used to boarding schools. He’s been thrown out of so many in the past two years, he’s lost count. So when an elite academy in Oregon offers him a place, he doesn’t think he’ll be there more than a week.
But Eight Mile Island isn’t like anywhere Dylan has been before. In the dense forests around the school, there are things that look human but aren’t.
Things that are hungry, and waiting…
But that’s the start of the mysteries, mysteries that mean Dylan may never escape.
Even if he wants to…
Welcome to Eight Mile Island.

Only two kinds of people go to Eight Mile Island, the privileged and the intelligent. Enter Dylan, a teen with an attitude problem, a reasonable amount of baggage and an IQ of 150. His mother thinks the island will be a solution to all his problems, but from the moment Dylan arrives he is already planning his escape.
There’s just one problem; Eight Mile Island is not like the other schools,  END_OF_DOCUMENT_TOKEN_TO_BE_REPLACED

QOTD: What’s your ideal reading environment/setup?
QOTD: Easy one today! How’s your September reading going? Any new faves? Are you on track with your goals?
Predictive text game! I found a mysterious key, unlocked the ancient door and found a monstrous ___ and it ____ .
QOTD: What’s your favourite Disney movie? Or if you’re not a Disney fan, your favourite animated movie?
QOTD: Do you like books based around sea settings? Please drop me your recommendations! 🌊
QOTD: Who are some of your favourite fictional bookworms?