“It is impossible to live without failing at something, unless you live so cautiously that you might as well not have lived at all – in which case, you fail by default.”

So I failed at something this week, and failure kinda sucks. END_OF_DOCUMENT_TOKEN_TO_BE_REPLACED

Overall Impression: A slow-paced slog about village politics with a killer, heart-wrenching ending.

The Casual Vacancy is a hard book to review, hard because while I was bored for about 80% of it, the story emotionally and politically impacted me more than anything I have read in a long time. The Casual Vacancy  tells the story of a small provincial UK village that has an ongoing class battle between the typical country village Pagford and a tacked on much despised council estate full of socially undesirable individuals. When a man on the Parish Council dies unexpectedly, his seat is up for grabs, and the book follows several characters’ fight for the seat which will decide the fate of the town. END_OF_DOCUMENT_TOKEN_TO_BE_REPLACED 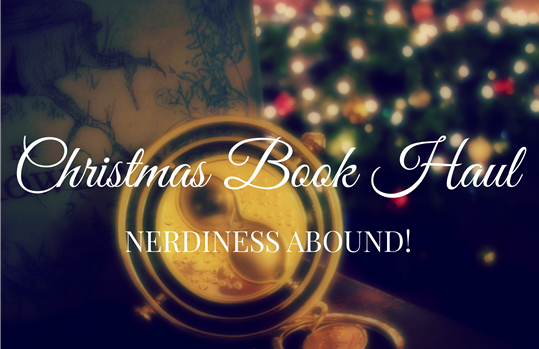 There’s a lot of things I like about Christmas – the food, spending time with family, chilling out and watching lots of movies, but I have to say one of the biggest perks of all is being able to add a few more unexpected books to my shelves. And better yet – I don’t have to feel guilty about buying books when I have so many unread ones because other people have done it for me. Double win! I always tend to have a book wish list on the go so that if any of my relatives are stuck for present ideas, they can randomly pick something off it. This way, it’s always a surprise and I never have any clue which books I’m going to get. And I have to say, this year I was ecstatic with some of their choices! So, without further ado, allow me to present you with lots of bookish pictures and nerdy goodness, mwuhuhuuuu. 🙂 END_OF_DOCUMENT_TOKEN_TO_BE_REPLACED 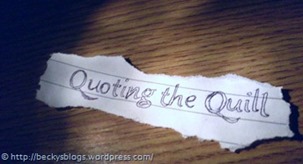 ‘Happiness can be found, even in the darkest of times, if one only remembers to turn on the light.’

I’m not 100% sure if this is the book or film phrasing, but it remains one of my all time favourite Harry Potter quotes.  END_OF_DOCUMENT_TOKEN_TO_BE_REPLACED

Ok, there’s no way I’m going to be able to pick just ONE book I wish I could live in, there are far too many fantastic ones! For the most part though my choices lean heavily to the fantasy genre for obvious reasons. I mean, who wouldn’t want to escape to a place where fairies, trolls, unicorns, and magic exist? That is just too greater opportunity to pass up. 😀

The first book I would love to live in is  END_OF_DOCUMENT_TOKEN_TO_BE_REPLACED

I’ve had trouble with this question and have spent much time racking my brains. There are so many characters I love, and that includes side characters. How does anyone pick their favourites? I find it especially hard when someone or something asks you on the spot, you can’t immediately recall every book you have ever read, all its characters and the reasons you love them. No doubt, after I have written this post I will think of many I should have included and be annoyed, but for now I have settled on one that came to me first off the top of my head. 🙂

This character is from a little book series called Harry Potter, perhaps you’ve heard of it? 😛 END_OF_DOCUMENT_TOKEN_TO_BE_REPLACED

There is only one thing book readers like myself enjoy as much as reading…and that’s reading statistics about reading! *Looks incredibly nerdy*.
I was participating in my regular skim of the Huffington Post books section when I came across an article on ‘The Psychology of Abandonment’. As a reader and aspiring psychologist I couldn’t let that title go. I clicked and discovered a beautiful infographic created by Goodreads (click here to view it and the article) that was a culmination of statistics attempting to explain when readers decide to give up on a book.

The findings show the top five novels Goodreads users have labeled as unfinished:
The Casual Vacancy by J.K. Rowling, Fifty Shades of Grey by E. L. James, Eat, Pray, Love by Elizabeth Gilbert, The Girl With the Dragon Tattoo by Stieg Larsson and Wicked by Gregory Maguire. (Not necessarily in that order.)

The first thing I noticed was that they were all incredibly well known or popular titles. It’s always interesting to see that just because something is a bestseller doesn’t mean everybody likes it! In fact, I think that is half the problem.  END_OF_DOCUMENT_TOKEN_TO_BE_REPLACED 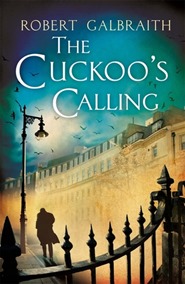 I’m sure everyone is almost sick of hearing about this already, Twitter has been in a storm, Goodreads close behind and the book in question has zoomed straight to the number one spot on the Amazon bestsellers list.
So what does one more little blogger’s opinion matter? Not that much, but this is a book blog after all and like many I am a childhood J.K Rowling fan, so it would be criminal not to even mention it, right?!

The Cuckoo’s Calling was originally published in April with the author name Robert Galbraith. Masquerading as a debut novel the story was said to follow a war veteran turned investigator who looked into the death of a famous model.

It wasn’t long though before people became a little suspicious,  END_OF_DOCUMENT_TOKEN_TO_BE_REPLACED 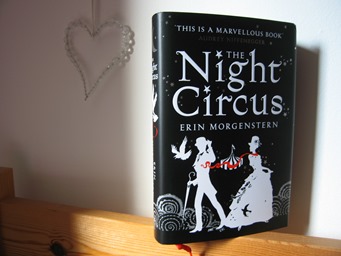 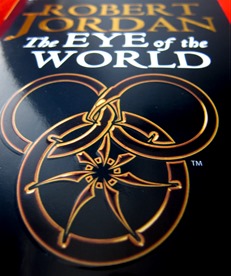 The Eye of the World by Robert Jordan (Wheel of Time Book 1) – I got this book in 2011 for Christmas because it was on my wishlist. It’s the first in the popular Wheel of Time series known by pretty much every bookworm dedicated to the fantasy genre. I was on a fantasy kick when I first heard about it and so I automatically wanted to read it! It was a couple of months later that I started questioning whether it had been a good idea.  END_OF_DOCUMENT_TOKEN_TO_BE_REPLACED

I am so overexcited about this discovery courtesy of storytelling nomad!!! I want these DESPERATELY. 😀 I’m sure everyone with a love of literature will have a similar reaction too.
The idea is that each poster based on a book is made up of the entire text of that book, and more than that, it’s actually readable! So you can have the full text of your favourite book laid out for you to read with a single glance. No words are left out but curved around to fit the picture.
There are loads of choices, this blog post shows just a few examples and they are in the process of creating more. Most of them are classics, but you can also request books you want them to do posters for, and if they can get the rights for the texts, they will make it for you! You can check out the awesome website Spineless Classics here. Why not take a look for yourself? 😀 They are expensive, but just look at them! Soooo worth it! END_OF_DOCUMENT_TOKEN_TO_BE_REPLACED

Ok so here’s a random and vaguely related anecdote: There is currently a lot of DIY going on in my house, which means there are toolboxes and various pieces of equipment in my room. A couple of days ago my mum was helping me carry some stuff up there and I carefully reached over a mass of tools to turn on a plug, at which point I told her “You know we should move these because one day I’m going to actually step on that sword” She looked at me puzzled and said “sword?” At which point I replied “yes” She laughed “I think you mean SAW?”
*Facepalm*
I’ve been spending way too much time in the literary world lately, either that or art work’s fried my brain. Anhoooows thought you might find that vaguely amusing.
*Hears crickets*
Now on with the post!

My book buying habit has reached an almighty high. I have never owned so many. You could say I’m a bit of book hoarder. Around a month ago I went up to my room with a fresh batch of brand new beautiful shiny books to place proudly on my shelves, only to realize that I had no space left. This isn’t the first time that this has happened either, except this time, it was on a somewhat larger scale. Luckily salvation was just around the corner in the form of a very thoughtful friend who donated to me one of her old bookshelves. So the problem is fixed – temporarily.

BUT I’ve already filled that bookshelf up, I’m now precariously squishing another layer onto it.

END_OF_DOCUMENT_TOKEN_TO_BE_REPLACED

Ok so this is just a quick post as I came across something the other day and automatically knew that I wanted to share it with you guys. It’s a video called B*tches in Bookshops, a parody or literary interpretation of Jay Z and Kanye West’s song N*ggas in Paris. It had me cracking up in that appreciative way that only bookworms will understand. Plus, it gets a couple of bonus points for featuring several places in New York I got to see when I was on my trip! 😉 END_OF_DOCUMENT_TOKEN_TO_BE_REPLACED