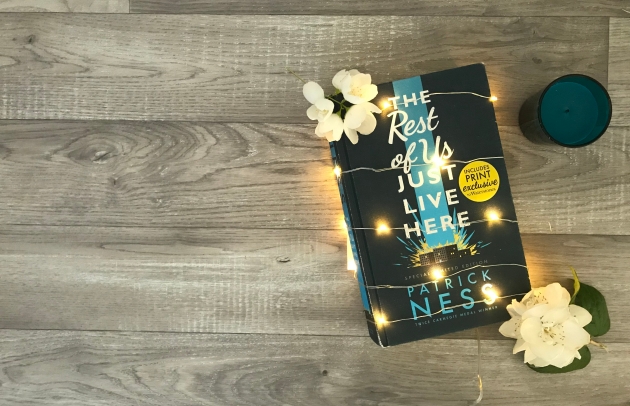 The Rest of Us Just Live Here is a book that’s been on my to-read list since before it was even published. Reading the blurb, it felt like it was written for me. Every sentence had me doing a little fist pump and a not entirely dignified flail. Plus, Patrick Ness is a wizard with words so you, know, IT HAD TO BE GOOD RIGHT?

The thing is, once I actually got my hands on the book, I started to feel dread that it wouldn’t live up to my expectations, so it became a kind of ritual when picking my next read to go along my bookshelf, give the gorgeous cover a little stroke, and then move on, picking something else. Well this summer, I thought, ENOUGH IS ENOUGH. I WILL BE A STRONG BOOKWORM. So I gave myself a little pep talk and opened the first page, and well. I’m so glad I did because it lived up to ALL the expectations.

So let’s get some blurb up in hither and we’ll talk about 5 reasons I gave The Rest of Us Just Live Here 5 stars!

END_OF_DOCUMENT_TOKEN_TO_BE_REPLACED 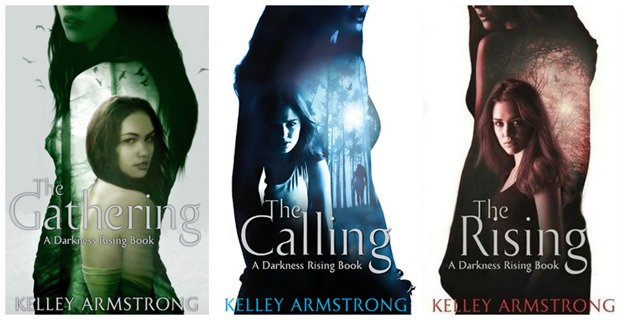 5+ years ago I read and devoured the Darkest Powers by Kelley Armstrong, a series about teens who discover they have a variety of supernatural abilities and find themselves caught between people who want to manipulate their powers for their own purposes. Not a new concept – but oh was it executed well! I am not the type of reader that usually gobbles up a series in one go… but I got through all 3 books in a week. Afterwards, I was left with that satisfying yet hollow feeling you get when you finish a truly outstanding series and realise there are no more books.

However, I soon discovered there would be a follow-up series, The Darkness Rising, set in the same world but in a different town with different characters. Because I found the first series SO addictive, I decided to wait until all the books were out so I could binge read them, and here we are! Unfortunately, The Darkness Rising Trilogy wasn’t as good as it’s predecessor, so here’s the bullet point, bookish low-down so you can decide for yourself whether this series is for you!

So let’s start with the positives first. This series has some pretty cool things going for it:

END_OF_DOCUMENT_TOKEN_TO_BE_REPLACED

There are many, many reasons I adored Lair of Dreams, but the first reason has got to be Libba Bray’s writing. END_OF_DOCUMENT_TOKEN_TO_BE_REPLACED

Overall Impression: A unique, immersive story with a smoldering romance. 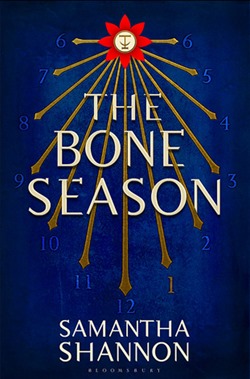 The Bone Season is a book I picked up cautiously. It was hyped like crazy a few years ago and I was unsure whether it would be my kind of thing. Not to mention the reviews seemed mixed! But when I found the pretty hardcover for a good deal, I caved. I was in the mood for something a little unique and different, and The Bone Season definitely seemed to fit that criteria. With the opportunity to meet the author Samantha Shannon just around the corner, I decided it was the perfect time to pick up this novel. I’m so glad I took a chance and ignored the scary, off-putting hype because this turned out to be one of the most gripping and intense books I’ve read this year!

The year is 2059. Nineteen-year-old Paige Mahoney is working in the criminal underworld of Scion London, based at Seven Dials, employed by a man named Jaxon Hall. Her job: to scout for information by breaking into people’s minds. For Paige is a dreamwalker, a clairvoyant and, in the world of Scion, she commits treason simply by breathing. It is raining the day her life changes for ever. Attacked, drugged and kidnapped, Paige is transported to Oxford – a city kept secret for two hundred years, controlled by a powerful, otherworldly race. Paige is assigned to Warden, a Rephaite with mysterious motives. He is her master. Her trainer. Her natural enemy. But if Paige wants to regain her freedom she must allow herself to be nurtured in this prison where she is meant to die. END_OF_DOCUMENT_TOKEN_TO_BE_REPLACED

I bought this book (mostly) on a whim, having only

ever read one review of it. The cover was so beautiful I couldn’t resist, especially as the copy I found second hand was a hardback in brilliant condition. After scanning the blurb and finding it was set in 1920s America with a supernatural twist, I couldn’t resist. I’m so glad that I took a chance because this novel was SO MUCH FUN. It’s the most entertaining story I’ve read in a long time. I feel like it took me back to the basics or reading, because instead of tackling big themes or moral messages and crashing through boundaries it focused on the most important thing, telling a damn good story, and whisking the reader along for the ride.
If you’re looking for a good book and something a little bit different, The Diviners will definitely suit your needs! END_OF_DOCUMENT_TOKEN_TO_BE_REPLACED