The wind is howling, leaves are turning that gorgeous shade of orange as they float down to the frosted ground, and your coat and tartan scarf have been taken out of the wardrobe and dusted off. We all know what this means, it’s autumn.

I had so much fun collating my top 7 Books on my summer TBR pile a couple of months ago and I was surprised by how well my reading went. I have always been a mood reader and I was unsure how I would get on with a list, (in fact, I thought I’d end up going totally off-script and not read anything I expected to) but I READ ALL THE THINGS GUYS, AND IT WAS SO SATISFYING. I really enjoyed changing up how I picked my reads, so I thought I would give it a go for Autumn too! As noted previously, my reading tastes definitely change with the seasons, so you’ll find a lot of fantasy novels on this list!

So without further ado, here are 6 books I’d like to get to this Autumn (AKA, the books I’m getting crazy grabby hands for!)

1.) Kingdom of Ash by Sarah J Maas (conclusion to the Throne of Glass series) 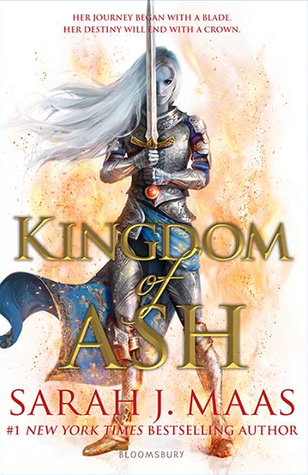 I think half the book community is impatiently waiting for Kingdom of Ash to be released on the 23rd October. If this was pre the internet, I could imagine the bookworms scrabbling, clawing and biting their way to the front of the queue for its release. I mean, how could we not be after THAT CLIFFHANGER in Empire of Storms.  NOBODY PUTS AELIN IN THE CORNER.  THERE’S GONNA BE HELL TO PAY. HELL.

I admit I was a disbeliever when I picked up high fantasy YA series Throne of Glass and disliked book 1 with its whiny love triangle and overdone plot cliche’s, but this series has just gotten better and better. At it’s most basic, its full of sass, super smutty scenes and lots of shipping, and at it’s more complex, its worldbuilding just keeps expanding, the plot points surprise me, and there are just so many amazing badass female characters (both physically, emotionally and mentally). I’m not going to say I love everything about this series, it has its flaws – over-possessive Fae men who for some reason like to ‘nip’ their partners (I mean seriously, wtf), but for the most part, it’s just so damn fun, I can’t wait to see what Maas does with the conclusion. I think it’s going to be epic.

2.) Frostbitten by Kelley Armstrong (Book 10 Women of the Otherworld series)

I’ve been making my way through this series for quite a while now and it is SO MUCH FUN. It’s urban fantasy and every book follows a strong female lead (in every sense of the word), most of which have some kind of epic paranormal power – there’s werewolves, witches and warlocks, necromancers, demons, you name it! You can rely on each book being fun and well written, and although each story is quite formulaic (there’s a supernatural mystery to investigate, a steamy romance somewhere in the middle and an epic showdown at the end) each character’s power and personality keeps it interesting. This series gives me serious Buffy the Vampire Slayer and Dark Angel vibes.

3.) Shadow of the Fox by Julie Kagawa 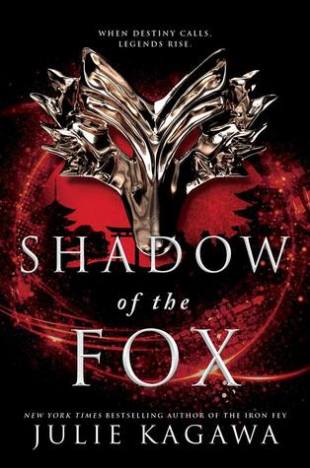 I’ve been advised an ARC of this is going to be making its way through my letterbox soon so I am SUPER EXCITED. I’ve not actually read one of Kagawa’s books before (although I do have Talon on my shelf *looks away embarrassed*) but this novel sounds kind of epic. The blurb is full of words like DRAGONS, and SCROLLS and MISCHIEF. So really, where could I go wrong? The protagonist is also half human and half kitsune and I love books with folklore and legend so this should be good!
Also, hands up who loves foxes? I think they’re so majestic and gorgeous (even when scrounging through rubbish, ha) and they’re one of the main symbols of autumn for me with their beautiful coloured fur.

4.) A Discovery of Witches by Deborah Harkness 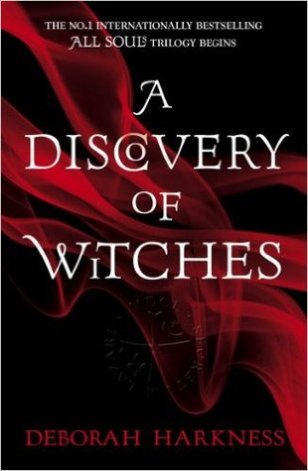 This one is a backlist book for me. I have a beautiful hardback copy which I’ve owned since the book’s release. It’s recently been turned into a TV series that I’ve started recording, so it’s about time I got around to reading it! It’s about a scholar who gets caught up in the world of magic and paranormal beings after discovering a mysterious manuscript. Best of all, she discovers it in the Bodleian library in Oxford, which due to my recent trip, I now know all about! I love stories that follow scholars or academics within a fantasy setting because they’re often rich with detail and history, so I can’t wait to dive into this one.

I haven’t bought this book yet BUT I NEED TO. I read (and adored) Novik’s Rapunzel retelling Uprooted last year and gave it 5 shining stars. She awed me with her creativity and imagination when bringing to life an evil wood, a peasant girl and an evil man in a tower into such a sweeping and emotive read. Spinning Silver, published only a couple of months ago, is a Rumplestiltskin style retelling and I cannot WAIT to see what the author does with it, and I’ve only seen positive reviews so far!

6.) Before the Devil Breaks You by Libba Bray (Book 3, Diviners series)

The Diviners is one of my all-time favourite series and I will shout about it to anyone who will listen. Set in 1920s America during the era of prohibition, Evie O’Neill is a Diviner, one of many with supernatural abilities hiding in New York City. In book 1 we had seers, in book 2 we had dreamwalking, what will book 3 bring? I can’t wait to find out! I bought this novel as soon as it came out, but then because I knew I would enjoy it SO much (the writing is dripping jewels of awesome), I decided to hold off because then I would have NO MORE DIVINERS UNTIL THE NEXT BOOK RELEASE. But alas, I cannot wait a minute longer and I need to immerse myself back into this world!